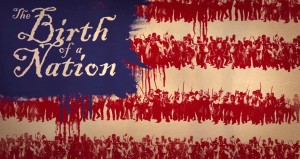 A few months ago, I saw The Birth of a Nation with some friends at BAM cinema. I had to see it. A friend called me and said it was something that we, as black men, were obligated to see. I partially agreed considering I made a promise to myself to never watch another slave movie again. I had my fill. My take on it is that our history is much more rich, vast and wondrous than the short period of the Transatlantic Slave Trade. Although, being that the main character was the controversial Nat Turner, I considered checking out the movie. Also, another interesting fact is that I haven’t seen a slave movie from a perspective of slaves freeing themselves. It’s always the white savior bulling his way through a racist society that poor negroes can’t seem to find it in them to emancipate themselves out of bondage. Reluctantly, I agreed and set up a rendezvous time to meet 2 of my peoples in front of BAM.

After the movie was done, a moment came about I figured would happen with a movie as emotional as the Nat story can be. As the crowd was leaving the theatre, I saw a bottle thrown to the floor and incoherent screaming from the front. The exiting crowd turned and focused to see what was going on. It was a black man with his girlfriend screaming at two gray-haired ladies next to him. It seems the gentleman overheard one lady telling her movie partner that the film was too long and there was too much blood. Oh man, I tell you… those are not the words you want to hear coming from two elderly white ladies after seeing a Nat Turner film.

The people milled out the main doors and the brother was screaming even louder! He bellows, “Not enough blood?! Not enough?! There has been too much blood spilled!” His girlfriend was pulling him away trying to console him. He yanked away from her grip and screamed louder! At this point, I just don’t remember what he was saying. I didn’t need to know the details. I understood already. I’m very familiar with his pain. I just stood there. Everyone just stood there. Black and white. We were all silent. The grey-haired ladies just walked away into the night avoiding the embarrassment that greeted them in the fall air.

The uneasy encounter ended up with 2 of my friends and I running into an older white man who saw the film as well. My friend began the conversation saying that he understood the brother’s pain but also understood where the ladies were coming from critiquing the film. I partly agreed but continued to say it may have not been appropriate to bring up at that very moment. It was just an ill-judged exchange between two people bouncing off the ears of the exiting crowd.

In light of the Trump election, we don’t seem to honestly come any closer to an understanding on the disconnect we’re all having. It’s the pain and struggle of one group of people being ignored clumsily or just flat out disregarded by another group of people. It’s the unending social conversation surrounded by a sea of evidence of obvious injustice and fatal episodes ending in the last breaths of an innocent human being. The cycle continues from one generation to the next.

So what do we do? Honestly, it’s not hard. We need reconciliation, mass re-education to people on real American history, and lastly, reparations. Reparations, I say? Yes. Here’s a scenario: Think of a person bumping someone into a 10 ft. hole and turning around to walk off. At that second, he/she realizes what they’ve done and decide to turn back. He shouts to the hurt person below apologizing for his bad attitude and foolish behavior. What’s next? The next step would be to pull the person out the hole, dust him off and help him on his way. Do you think it’s enough to send down an apology just to walk away and be about your business? No. I don’t think so. To do so would mean you never were sincere in your apology. Matter fact, you still feel comfortable with harboring the feelings that allowed you to push the person in the hole in the first place.

Trump had serious racial undertones and overtones stuffed in his campaign speeches. This ism out of the many ignorant statements in his speeches was the main hook he used on the population across the country. After tallying the election results, the numbers were undeniable. 70% out of all who voted were white. Within that number, 53% voted for Trump! Wow. This election just goes to show a significant portion of White America has not come to terms with its racism past and present. It’s like a warm coat in the winter. They held on tightly knowing they were warm while others shivered in the cold wind.

Even though African-Americans no longer deal with the actual chains of slavery, we still suffer tremendously from the evolved nature of the evils that still linger. Sadly, America is far from the last chapter of its bigoted novel. Nat Turner, the frustrated brother, my friends, all the white folks, and me mixed in that crowd… we all exist somewhere stuck in the middle of this story. It’ll take bravery and hardened conviction to change our worldview of each other. I hope 100 or so years from now there will be a group of people watching this early 21st century story in their homes to see the growing pains we all are going through today. It’s these harsh moments that force people to work on themselves so the country can begin a whole new path of understanding. Let them see that we believed in truth enough to push this country to be more than the errors of its past. Hopefully, the people of the future will be the “woke” children coming from the birth of this new nation that Nat and so many others have given their lives for.