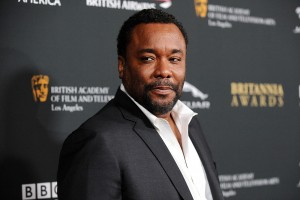 On Monday afternoon, I was invited to a press conference with Tyrese Gibson and Lee Daniels on the latest episode of Star. Empire co-creator Lee Daniels crafted another Fox series about 3 young ladies fighting the demons of a hard life while trying to avoid the seedy traps of the music business. How does each one cope with the hell and ugly characters that stand in between them and success? This is what makes this show raw, untamed and, with viewers, easily misunderstood.

Star is a unique show in which the characters are not morally centered models of praise for viewers to emulate. They are flawed and broken. They are unsettled and tortured. The musical trio’s youth & naiveté creates outcomes that are impulsive and self-destructive. In the viewer’s confusion, they may feel these characters don’t represent the best of what people should be when dealing with hard choices. However, this reasoning may be shortsighted. It’s the stumbles that mold the mental makeup of these young ladies… or young people in general. It’s these important steps in one’s journey that make us better people. Isn’t this life? Haven’t we all been there at one point in our lives?

Amongst the complicated issues that all these characters face, one certainly stands out that rarely has been dealt with cinematically in television history – living as a transgendered person. After Carlotta (Queen Latifah) reluctantly invites Pastor Bobby (Tyrese Gibson) to dinner because of fear of finding out the true gender identity of her “daughter”, she finally builds the courage to tell Pastor Bobby. This is where we begin with a subject matter that is not so easily handled on the show as it is in real life. As a man of the cloth, Pastor Bobby sees it as an aberration and he deals with it in ways he’s been trained. 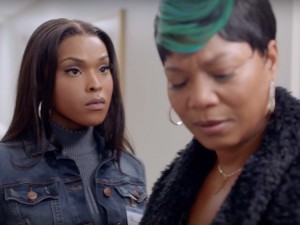 Cotton, like many in real life, has dealt with this for years being in conflict with who she is. At every turn, she is met with scorn and disgust. Even through all of this, she still finds the courage to live her life as the only truth she knows. Regardless of her tough exterior, the turmoil at times can become unbearable spilling out in uncontrolled tears whenever she has a moment to herself. It’s something heterosexuals can never understand but this is not a subject Lee Daniels is foreign to. Living as an openly gay man, he states, “There are white people that genuinely don’t like black people just because we are black. And we can’t change that. That is not a choice that we have. And there are a lot of African-Americans that don’t fuck with gay and/or transgenders just cause we are just that. I would equate it to that. We can’t help who we are.” He’s intimately connected to Cotton. After his father passed away in his youth, all the men closest to him rejected him. The only place of comfort was the years living with his aunt and the women in his life he came to trust.

In one scene between Pastor Bobby, Carlotta and Cotton, Tyrese explains, “It was uncomfortable to shoot it and its gonna be very uncomfortable for people to watch it. I think it’s going to give people empathy and a heart for a world that they probably never cared about at all.” How do we begin to understand this even though it’s not in our house? If not to accept it, can we find a sliver of humanity to understand the anguish another person lives not being themselves? Can we understand that there are gay/transgender people that suffer so greatly they get to a point where they act on suicidal thoughts?

This will be a rough episode to watch for some. There will be others that will outright avoid it. But what is necessary is for people to start with acknowledging this existence by some individuals in our society. Tyrese says, “As uncomfortable as it was to shoot, we all ended up holding each other up… I mean I’m looking at my life, like man, I’m over here hugging a transgender right now, this is, I’m the ghettoest hood nigga from South Central of all time and I don’t know how I got here!” By confronting the issue, Tyrese had a human moment. If he can open his mind to other ways of being, I’m sure the viewers can, in some way, have a human moment themselves. Now, we don’t expect this moment to change their worldview, it won’t make them seek out a transgender friend but, at very least, they can pause to see other’s humanity. It’s a start. I believe that’s the message Star presents in the latest episode.

Check Star on the Fox network Wednesday, February 15 and you be the judge of this highly controversial subject matter. Check your local listings for show times.